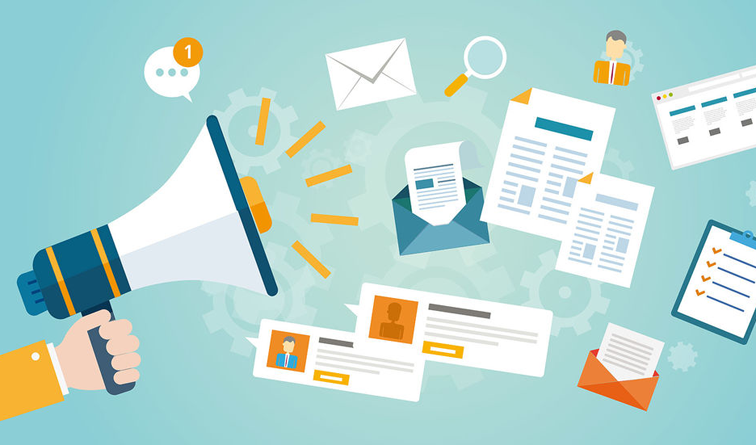 Forefront Developments in Trade and Agriculture initiative in the African Continent

Submission of the Africa Group Declaration on WTO Issues

The Geneva Based Africa Group on WTO issues through the delegation of the Republic of South Africa submitted to the WTO Members, the African Union Ministers of Trade’s declaration on WTO issues. The Declaration covers a number of issues which amongst others includes worrying developments in the WTO such as the rise of protectionist measures, WTO’s Appellate Body Impasse, negotiating proposals to change WTOs rules and procedures. It further stresses the primacy of having to align the Africa Groups negotiation objectives in WTO negotiations to the African Union’s Agenda 2063 and the African Continental Free Trade Area. Specific to the area of agriculture, the declaration inter alia reaffirms African countries’ commitment to meaningful outcomes on trade distorting domestic support, cotton, public stockholding for food security purposes, the special safeguard mechanism, and Special and Differential Treatment. It further recognizes the challenges faced by NFIDCs and emphasizing that any outcome in agriculture negotiations should accord flexibilities to address NFIDCs and LDCs particular situation. The full declaration of the Group can be found here.

The 54th Ordinary Session of the Authority of Heads of State and Government of ECOWAS convened on 22 December 2018 in Federal Republic of Nigeria. The meeting considered a host of issues some of which have a bearing on trade and agriculture. Some of these issues included ECOWAS economic performance and implementation of regional integration programs. Noting strides made to achieve a positive economic growth outlook, it was further noted that poor economic diversification and inadequate processing of raw material exports constitute part of factors causing economic fragility of Member States negatively affected by external shocks. This was deemed a bane to economic growth hence a need for ECOWAS countries to diversify their economies and implement specific policies supportive of growth oriented sectors. In the area of free movement of persons and goods, reference was made to the 1979 Protocol on Free Movement of Persons, Goods, Services and Capital and the need to conduct overall assessment of the implementation of the protocol with a view to proposing measures to ease its implementation. Other issues considered include economic partnership agreement between West African regional and the European Union and Industry and Private sector Promotion. These issues collectively have an impact on ECOWAS region’s agricultural trade as they have impact not only on conditions under which agricultural trade thrives but also the movement of agricultural goods and actors involved in their movement.  The final communiqué can be accessed here.

In his 2019 new year address to the staff of the EAC Organs and Institutions,  East African Communities Secretary General Ambassador Mfumukeko disclosed that the sector accounts for 25% – 40% of the EAC Partner States’ GDP and is a leading employer for over 80% of the population in the region. The EAC remains strongly committed to support implementation of the Malabo Declaration on Agriculture Growth and Transformation in Africa. In 2018, the Sectoral Council on Agriculture and Food Security adopted the EAC Regional Agriculture Investment Plan (RAIP), which is a key instrument in rallying financial and technical support to spur agricultural transformation in the region. Furthermore, in 2018, EAC made headways in supporting entrepreneurship in the Agricultural sector. With support from FAO, a program was implemented to build capacity and provide financial support to young entrepreneurs in the agriculture sector. Also, in collaboration with the German Federation of Industries, GIZ and the East African Business Council, a program was initiated to mentor and help growth of small and medium enterprises especially in the field of Agro-processing.

Customs: The Secretary General informed the staff that the region’s main priority was to attain the full roll-out of intra-regional trade and imports regime under the Single Customs Territory (SCT). A pilot roll-out of exports under the SCT was successfully implemented and 736 multi-level users trained in SCT processes. On One Stop Border Posts (OSBPs), Ambassador Mfumukeko stated that 13 One-Stop-Border Posts were operational in the region. The operationalization and training of personnel at the OSBPs has significantly reduced the time taken by travelers and trucks at the borders from several days to about 15 to 30 minutes on average. In addition to further enhance trade in the region, the EAC Common External Tariff structure and rates were reviewed and aligned to the global changes of trade and current economic environment in the EAC. Up to 41 Non-Tariff Barriers were eliminated. The news item can be found here.

The African Development Bank published the African Economic Outlook Report 2019, which concluded that the African Continent’s general economic performance is improving with gross domestic product growth reaching an estimated 3.5 percent in 2018. Prospectively, the African economic growth is projected to accelerate to 4 percent in 2019 and up to 4.1 percent in 2020. This level of economic growth is however considered inadequate to address the structural challenges of obstinate current and fiscal deficits as well as debt vulnerability. The main challenges to the African continent include raising the current growth path and increasing the efficiency of growth in generating employment. As part of the solutions the report notes that in order to address chronic unemployment, Africa needs to industrialize and add value to its abundant agricultural resources and other resources as well. Africa’s integration was deemed key, in particular, through creation of an effective preferential trade agreements that reduce tariffs and non-tariff barriers that arise from policies and non policy induced rent extraction. Other key ingredients to fostering African integration include increasing labor mobility, integrating financial markets and enhancing cooperation for regional public goods. Integration is an important driver of intra-African trade in agricultural commodities. The report importantly identifies the “dos” and “don’ts” of continental integration. One of the “dos” is a need to monitor progress in reducing bilateral tariffs and NTBs through amongst others a common market scorecard and tracking compliance in free movement of capital, service s and goods.  As for the “don’ts” the report admonishes fear of ceding national sovereignty to supranational authority whose benefit is facilitation of regulation and policy harmonization and exertion of political pressure against erection of NTBs. The need not to neglect infrastructure such as logistics etc. and erecting stringent rules of origin was deemed key. A full report can be accessed here.

The nexus of agricultural trade and trade facilitation cannot be overemphasized. The WTO agreement on trade facilitation provides for a number of measures that directly and positively facilitate trade in agricultural products. Some of these measures include Advance Rulings, test procedures, pre-arrival processing, risk management, post clearance audit, expedited shipments, pre-shipment inspection and perishable goods. In this context and among others with a view to simplify the implementation dimensions and understanding of WTO’s Agreement on Trade Facilitation, the WTO secretariat has published useful country specific case studies on the majority of the TF measures and provided other resources. Given the relevance of agriculture trade to African countries, this resource will importantly be of value to policy makers and actual implementers of trade facilitation reforms, customs officials, private sector and the civil society. This invaluable resource can be accessed here.

December 2018 was a new epoch for African economic integration as the African Union Members took decisive steps by agreeing on key issues on the AfCTA modalities for tariff liberalization. These issues included designation of percentages for sensitive products and exclusion lists, anti-concentration clause and double qualification, adjustment facility for the countries that may be negatively affected by the implementation of the AfCFTA, e-commerce, trade remedies etc. Taking examples of some specific milestones achieved, Ministers agreed that products subject to exclusion list should be to a maximum of 3 percent of tariff lines that should account for not more than 10 percent of the value of imports from other African countries. They also agreed on an average of a 3-year reference period that is yet to be determined. In the area of sensitive products, the ministers agreed on differentiated flexibilities for the benefit of LDCs. In this regard, while developing countries will liberalize sensitive products for a period of 10 years, for the LDCs the period will be 13 years. In the area of services Ministers approved the guidelines for development of schedules of specific commitments and regulatory framework for trade in services.

In other areas of negotiations some guidance was provided with a view to providing a clear roadmap of the negotiation process as follows:

While notwithstanding the technical work that is yet to be done, in view of the above developments, it’s clear that progress has been made in some key issues subject to negotiations. A clearer picture on the other aspects of the AfCFTA, such as in the area of rules of origin as well as the quality of the offers both under trade in goods and trade in services will emerge by 2020. The level of engagement by AU members promises a groundbreaking agreement that will serve as a stepping-stone to a further level of integration among AU members.

The above account was derived from the AUC. The errors and omissions above are entirely attributed to the author.

Do you have any trade and agriculture news to share? Send us an e-mail. Email 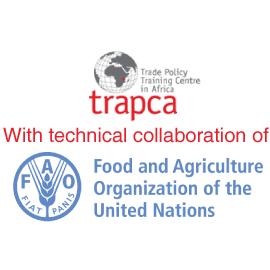